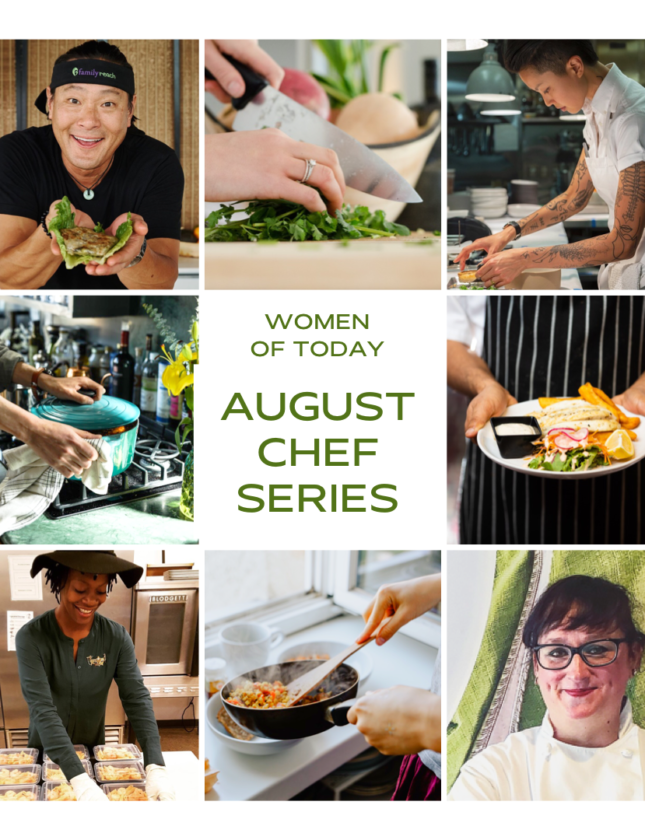 We are so excited to announce our first-ever chef series! Since August is Wellness Month and we all doing our best to stay fit and eat healthy while we’re spending a lot more time at home, we have put together a great line-up of chefs who will be bringing their specialties to our Women of Today community!

Stay up to date on the Women of Today Instagram and here our website for updates each week that will include preview recipes and reminders to set your calendars for Thursdays at 3:00 PM CST to join us on our Instagram page for the LIVE with Camila and each chef.

Let us know what you think, we would love to hear from you! If you have any questions, you can reach out to us HERE. 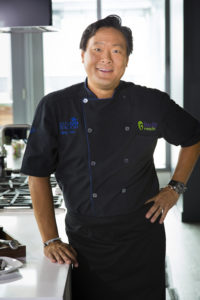 Ming Tsai is the James Beard Award-winning chef/owner of Blue Dragon in Massachusetts and his latest venture BABA at the Yellowstone Club in Big Sky, Montana. An Emmy Award-winner, Ming hosts PBS-TV’s SimplyMing, now in its seventeenth season. Ming is the author of five cookbooks. Ming supports many charities including FamilyReach, a non-profit whose mission is to provide financial relief and support to families fighting cancer, of which he is currently the President of the National Advisory Board. For more visit www.ming.com. Want to try out one of Chef Ming’s recipes ahead of our LIVE? Check out his Warm Farro Salad with Zucchini Feta and Mint. You can check out Chef Ming’s LIVE with Camila where they made his Grilled Garlic Shrimp with Couscous and Watercress Peach Salad HERE. 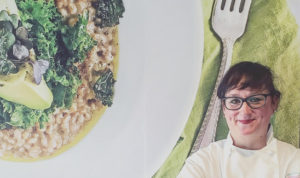 Originally from Northern California, New England has been Jana’s home for 19years. Jana was a local chef for 10 years and currently is the Director of Customer Service for Sid Wainer & Son. Jana holds her Bachelor of Science degree in Culinary Nutrition from Johnson & Wales University. You can check out Chef Jana’s LIVE with Camila where they made her Lobster Tacos HERE. 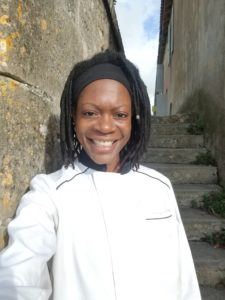 Chef Petrina was born and raised in Jamaica until her family migrated to the US. That early rearing as a child where she could go outside and pick a fruit from a tree left a lasting impression on how she looked at food. She spent 8 years in the Air Force; through her travels, she discovered her passion for cooking. She gained an understanding of how important food is and how it connects us all despite our different languages and cultures. During her time at Le Cordon Bleu she gained the skills necessary to match her passion and a deeper understanding of gastronomy. Chef Petrina has been making waves in the Vegas food scene for the last 5 years, working at restaurants such as Andiron and Americana. Chef Petrina, seeing the need for vegan fine dining food in Vegas, created Gaiya’sHarvest. A pop-up dinner and small events catering concept that also offers cooking lessons.Gaiya’s Harvest specializes in creating unique experiences by reimagining what vegan food can be. You can check out Chef Petrina’s LIVE with Camila where they made her Galette de Ratatouille HERE. 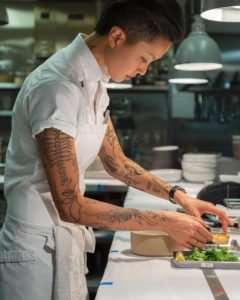 Kristen Kish was born in Seoul, South Korea, and grew up in Kentwood, Michigan. She worked as a model in high school and later attended Le Cordon Bleu in Chicago, earning an A.A. in culinary arts. Kish competed in Bravo’s Top Chef in 2012. She made it into the main competition by surviving a soup challenge judged by Emeril Lagasse. In the finale, Kish was crowned the Top Chef, becoming the first competitor to win after winning “Last Chance Kitchen” and the second female winner in the history of the Top Chef franchise. In 2017, she released a book of recipes co-authored with Meredith Erickson, Kristen Kish Cooking: Recipes and Techniques.In May 2018, Kish became chef at her new restaurant Arlo Grey in Austin, Texas. You can check out Chef Kristen’s LIVE with Camila where they made her Quick Veggie Bolognese HERE. 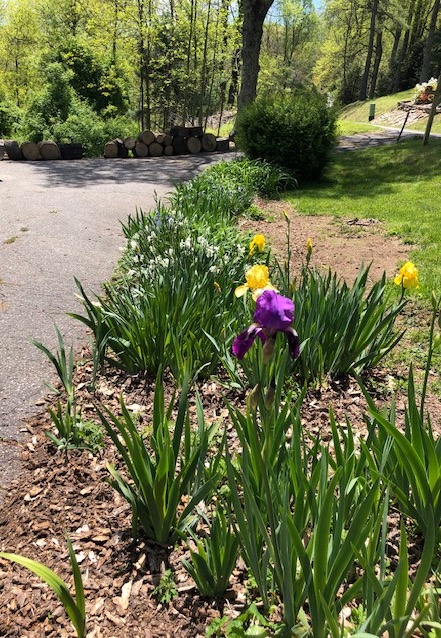 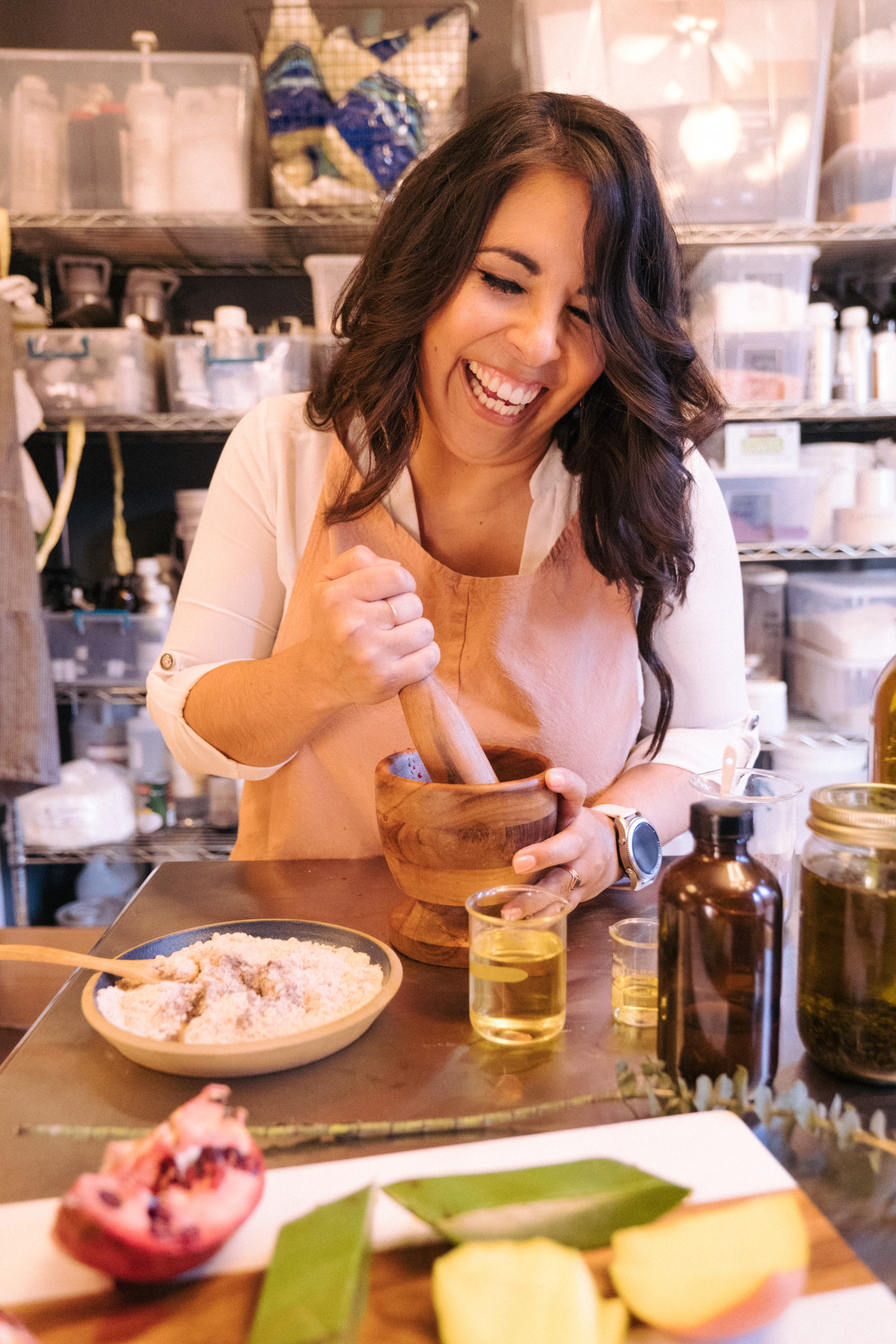 Sanara Skincare Teaches Us How To Make Soap