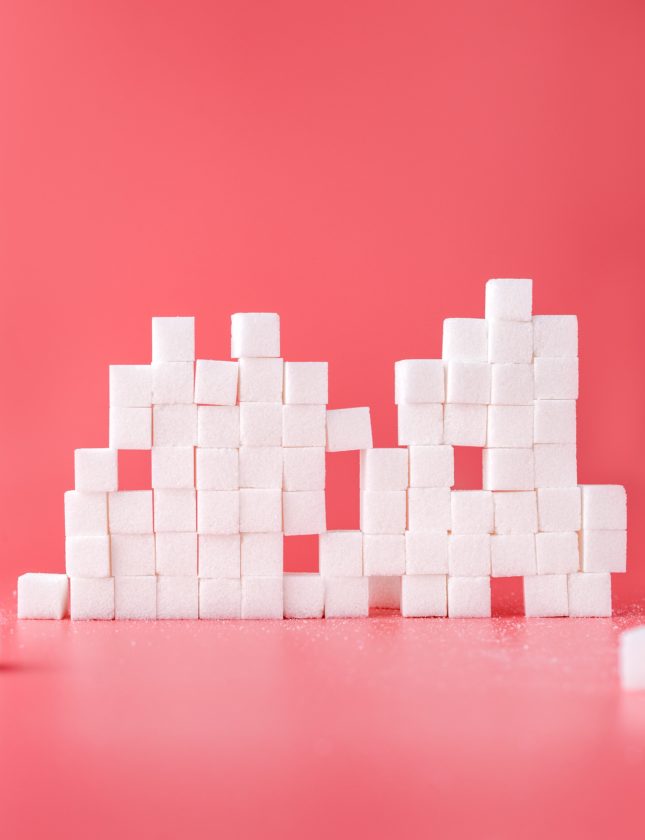 9 Ways to Quit Sugar for Good

Welcome to the WOT September Sugar Talk Series. Today we are sharing with you 9 tips to help you kick sugar from your diet.

Giving up sugar can be hard! But Health.com has 9 great tips to help you quit (and make the process a little more manageable)!

Here’s a shocker: the average person takes in 22 teaspoons of sugar daily—more than three times the amount suggested by the American Heart Association. And although it has never been considered a health food, new evidence shows sugar can do even more damage than previously thought, setting you up for obesity, diabetes, and heart disease. But weaning yourself off sugar can be daunting. It’s tough to dodge because it hides in so many foods, and it provides an almost addictive buzz, thanks to a surge of the neurotransmitter dopamine after it enters the body, says research neuroscientist Nicole Avena, PhD, author of Why Diets Fail (Because You’re Addicted to Sugar). Still, slashing sugar is one food trend worth trying. Find out all about sugar rehab, plus tactics to make your commitment stick. 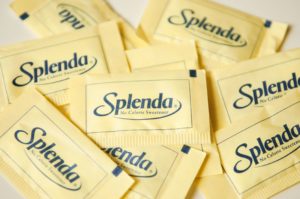 Swapping out sugar in favor of a chemical sweetener like aspartame or saccharin may not be the answer. “Artificial sweeteners provide sweet taste without calories, so when you consume these products, hunger isn’t satisfied, leading you to crave more afterward,” says Kohn. A 2013 study in Trends in Endocrinology & Metabolism lends credence to this, finding that drinking just one diet soda a day is linked to weight gain and diabetes.

Why do chemical sweeteners boost hunger? It’s not clear, but it might have to do with the intensity of the sweetness in these products. Artificial sweeteners are many times sweeter than natural sugar, and that can dull your taste buds to less intensely sweet foods such as fruit, ramping up cravings for high-sugar—and high-calorie—foods, says Kohn.

Because our bodies are so used to the sweet stuff, going sugar-free very abruptly can lead to crazy-intense withdrawal symptoms such as headaches, anxiety, and mood swings, says Kohn. Ever gone without your usual morning latte or other caffeine fix? That’s what sugar withdrawal is like, times 10. “It’s better to ease yourself off it slowly by taking one step at a time, so your body has time to adjust,” says Kohn. Another reason to not be in a rush: slower changes tend to last, says Avena, especially when it comes to diet changes. 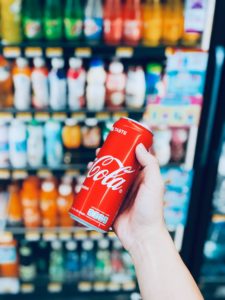 Give Up Sugary Drinks

Soda, fruit juice, sports drinks, iced tea—these and other sweetened beverages are sneaky sources of added sugar. One can of cola, for example, racks up nine teaspoons, already a third more than the six teaspoon daily limit suggested by the American Heart Association.

“Sweetened beverages or drinks made from fruit juice are like liquid sugar, and they add lots of calories without satisfying hunger,” says Avena. She suggests substituting soda for seltzer, which has no added sugar and zero calories. As for fruit-flavored beverages and fruit juice, sub in fruit-infused bottled water or water with fresh fruit slices added to it.

Pastries, cookies, muffins, and other white-bread, refined-flour treats offer little nutrition-wise but are dense with added sugar. And since they’re not hard to identify, it’s easy to slash them from your diet. They mess with blood sugar levels, setting up a cycle of grabbing a donut or muffin for energy that doesn’t last, says Kohn. Instead, get your carb fix with whole grains. These are converted to sugar during digestion, but because they’re the complex kind rather than the simple type, they’re absorbed more slowly and provide steady energy. 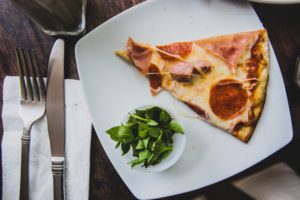 They don’t call it sweet and sour pork for nothing. Many types of takeout or eat-in cuisine are smothered in sauces or coatings made with added sugar. Even the crust of takeout pizza is likely to pack hidden sugar, even though you may not taste it, says Avena. Glazes, condiments, and even pasta sauces are often loaded with sugar, the same sugar that is just as harmful in a prepackaged box of cookies, she adds. Read labels carefully: look for brown sugar, corn syrup, maltose, fructose, dextrose, molasses, agave, brown rice syrup, cane sugar, cane syrup, and evaporated cane juice, which are all just other ways to say “sugar.”

Ease Off The Table Sugar

If you’re used to adding sweetener to your food and drinks, give yourself time to ease out of the habit, suggests Kohn. Typically start your day with two spoons of sugar or honey in your tea or coffee? Cut back to one sugar for a week, then slash it to zero a week later—or sweeten it with a slice of orange or a little milk. Same thing with the sugar you put on top of French toast or cereal, or the maple syrup doused on your pancakes. Gradually reducing the amount will make it less noticeable that you’re cutting back, and you’ll be less craving-crazed for a sugar hit.

If the rest of your household isn’t cutting back on sugar with you, you’re likely to see sweet treats and added-sugar products all over your kitchen, inviting temptation. “Instead, make one drawer or shelf in your kitchen the place where everyone else can stash their treats, but you don’t have to see the products every time you open the cabinet or fridge,” suggests Avena. Most of us go for the food we see first, so if you don’t see sweets, you won’t crave them, and then cave in to them, she adds. 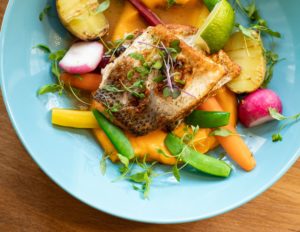 Pile Protein And Healthy Fats On Your Plate

Cutting out sugar is the perfect excuse to indulge in more healthy fats (nuts, olive oil, avocado, dairy) and lean protein (eggs, turkey, and legumes). Both keep you feeling satiated and energized, preventing the blood sugar rise and fall that can lead to hard-to-resist sugar cravings.

A protein-fat breakfast will help you start the day off right. “Have a breakfast with protein and fat as the stars, like eggs and avocado, instead of the traditional starch and sugar combo, like a muffin or sweetened cereal,” suggests Kohn.

To satisfy a sweet tooth without resorting to the refined stuff, just look through your spice rack. Cinnamon or vanilla extract added to coffee, cereal, or baked goods offer a sweet taste without sugar’s side effects, and zero calories too, says Kohn. Other sweet spices and herbs to add to beverages and meals include chicory, ginger, nutmeg, and cardamom. Citrus zest also adds a fruity, refreshing sweetness.

To check out more from our WOT September Sugar Talk Series, click here. 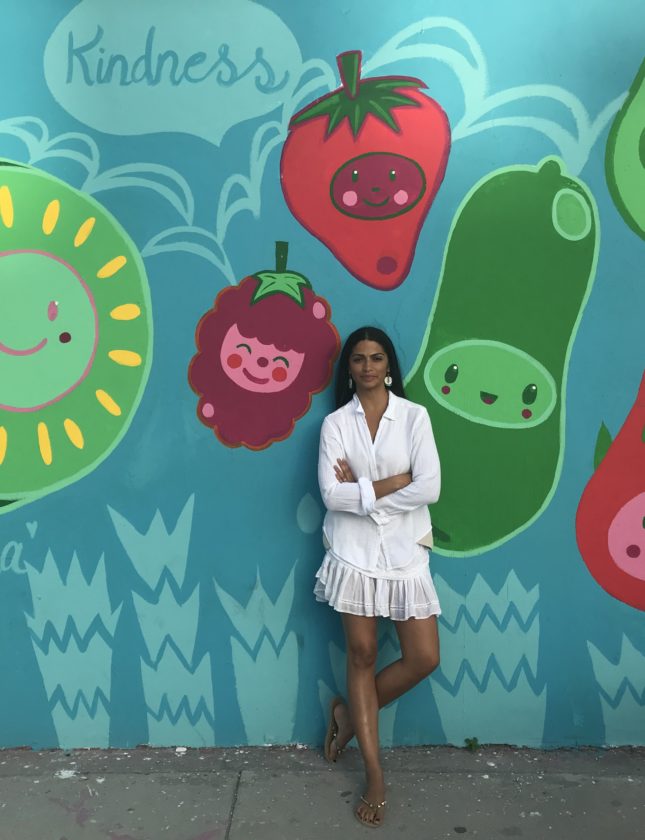 How To Wean Yourself Off Sugar 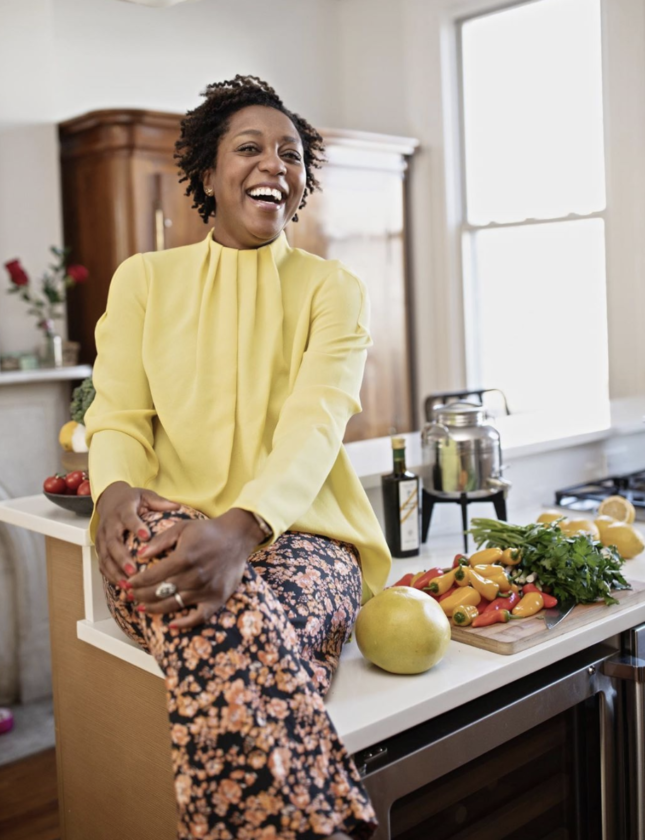