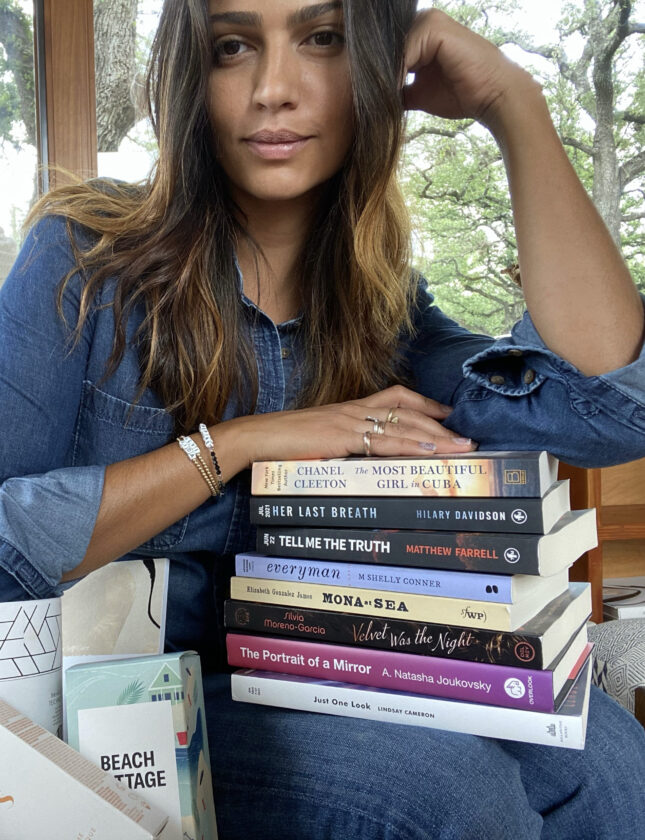 Whether you're able to take a vacation by the ocean this summer, or you're just looking to hang out in your backyard, we've got you covered with a great reading list!

We could all use some great books to read this summer that helps us to learn, grow, and get inspired! Today I wanted to share with you guys what books are on my summer reading list.

Each one of these books is fantastic for different reasons, and all of them are worth picking up. Keep scrolling to check out my list and to shop them now! 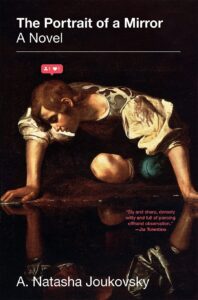 The Portrait of A Mirror by A. Natasha Joukovsky

The first book on our list is a reinvention of the Narcissus Greek myth and revolves around two couples whose lives overlap during the summer of 2015. Diana and Wes are a married couple in New York who take part in constant battles of wit while Vivien and Dale are a soon-to-be married couple in Philadelphia who seem to be the most perfect couple on social media. However, when Vivien and Diana’s separate jobs have them traveling to each other’s cities, the couples become crisscrossed and find themselves attracted to each other. 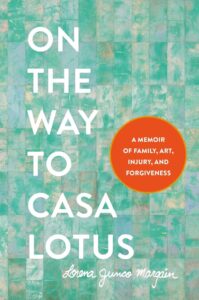 On the Way to Casa Lotus by Lorena Junco Margain

After fleeing from Mexico to America while heavily pregnant, art collector Lorena Junco Margain soon discovers that she has a tumor on her adrenal gland. Soon after being told that a simple surgery will solve all of the health problems she has been facing, she happily agrees with the hopes of regaining her strength. However, when the surgeon makes a mistake during the procedure, her condition worsens. Margain tells the true story of this permanent mistake and how she embarked on a journey of peace, healing, and the unspeakable power of forgiveness. 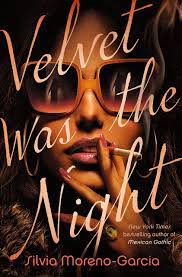 Velvet Was the Night by Silvia Moreno-Garcia

Set in 1970s Mexico City, Maite is a secretary who lives a quiet life reading each issue of Secret Romance until she unwillingly gets caught up in the disappearance of her neighbor, Leonora. As Maite looks into her disappearance, she finds that Leonora had secret ties to student radicals. Unknown to her, Elvis is also looking for Leonora and finds himself watching Maite from a distance. As the two search for Leonora, their lives become filled with life threatening situations, Russian spies, and government agents who all have one goal in mind – guarding Leonora’s secrets. 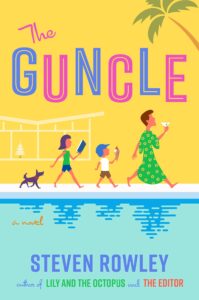 The Guncle by Steven Rowley

GUP, aka Gay Uncle Patrick, is a famous sitcom star who has recently retired after the tragic loss of his great love. He is soon tasked with becoming the primary guardian of his niece and nephew after their mother died and his brother checked himself into rehab. Patrick quickly realizes that parenting is way harder than he thought and soon starts to take on a new form of responsibility, realizing the importance of family sticking together when tragedy strikes. The Guncle is perfect for readers who want a heartfelt, hilarious story about family, love, and patience. 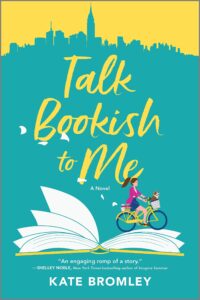 Talk Bookish to Me by Kate Bromley

Kara Sullivan lives a perfectly happy single life as a popular romance author and bookstagrammer until she hits a massive writer’s block and is sucked up into her best friend’s upcoming wedding plans. In the middle of all of Kara’s stress, her first love, Ryan Thomson unexpectedly arrives at the wedding party and strikes inspiration for Kara’s next novel. In order to meet her deadline and save her friend’s wedding, Kara decides to put up with her infuriating ex-boyfriend, all while trying to ignore the reignited sparks between them. 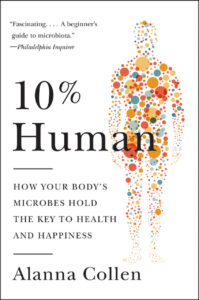 10% Human: How Your Body’s Microbes Hold the Key to Health and Happiness by Alanna Collen

In recent years, we have started to realize the importance and fascinating aspects of the microbes in our body. In fact, over the span of our lifetime, we each will carry the weight of five African elephants in microbes! Alanna Collen explores the latest studies concerning microbes and their importance to maintaining a healthy lifestyle, including our immune system, weight, choice in partner, and more in her book. She even urges that learning more about microbes could even help us cure many diseases such as cancer and mental illness. Pick up this book this summer to learn more about fascinating microbes and what you can do about them! 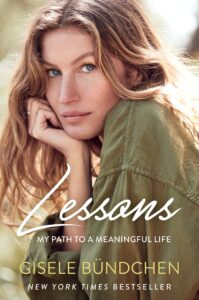 Lessons: My Path to a Meaningful Life by Gisele Bündchen

Gisele Bündchen has paved her own way in the fashion world by appearing in 600 ad campaigns, more than 2,000 magazine covers, and walking on the catwalk for more than 800 fashion shows. However, in order to understand the real Gisele, one must take a look back in her past. From sharing a bedroom with her five sisters in Southern Brazil to making her first appearance in Alexander McQueen’s runway show, Gisele shares her life story and what she learned from all the trials of her life. 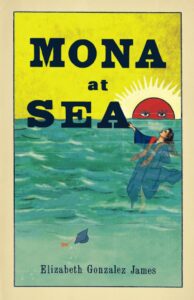 Mona and the Sea by Elizabeth Gonzalez James

Everything seems to be looking up for perfectionist Mona Mireles: she graduated college at the top of her class, has a stellar resume, and is soon to start her dream job. That is, until the 2008 recession strikes and her reaction to being fired from her job goes viral. Now branded as the “Sad Millennial,” Mona finds herself completely adrift and is on the path of a downward spiral of bitterness and self-pity. Follow Mona on her humorous, yet heart-felt journey, as she attempts to navigate the complexity of adulthood as she attempts to find a job and manage around her parent’s failing marriage. 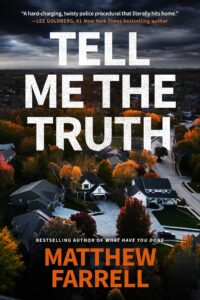 Tell Me the Truth by Matthew Farrell

Weeks before Jenny Moore was set to leave for college, she is found murdered in the woods outside her home by her mother. When Susan Alder and her assistant, Liam Dwyer, come to investigate, stories don’t line up and lies are obviously told. Jenny’s entire family and close friends are soon considered prime suspects of the case. However, the killer is just getting started and the clues get more and more difficult to read. This story is filled with multiple twists and turns, so you definitely want to check it out this summer! 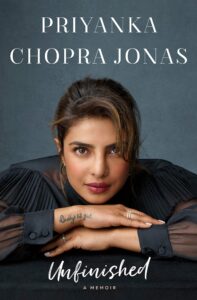 Priyanka Chopra Jonas dives deep into her life story within the pages of this inspirational memoir. She tells the story of her time as a child living in India, exploring her teenage years in America, and going back to India to compete in the pageant world as a newcomer. Priyanka goes against all odds and critiques throughout her life, from winning national and international beauty competitions to working diligently as a UNICEF Goodwill Ambassador. She brings readers on this personal journey by presenting in a bold, sassy, conversational, and honest way. 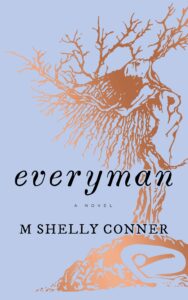 Eve Mann lives in Chicago in the midst of civil rights and Black Power movements during the 1970s. She is on a mission to discover more about her mother who died due to complications of childbirth and gets the help from her friends, aunt, and strangers she meets. In 1972, she decides to travel to Ideal, Georgia to learn more about her family and meets James and Geneva who search through their own hurt to help Eve learn more about her past, present, and herself.

This novel revolves around a multigenerational story of love, freedom, and personal identity. 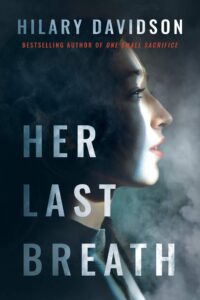 Her Last Breath by Hilary Davidson

Deidre’s grief over her sister Caroline’s sudden death quickly turns to suspicion after she finds a message from her sister that was sent days before, warning that her upcoming death was no accident. She decides to look deeper into her sister’s mysterious message, especially since it mentions that Theo, Caroline’s husband, murdered his previous wife but got away with it. As Deidre dives deeper into the clues left behind by her sister, she finds more disturbing details than the last and soon finds that her own life is being threatened. Deidre must fight for justice for Caroline and her own life as she discovers that there may be more than one killer in her family. 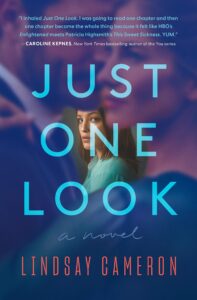 Just One Look by Lindsay Cameron

Cassie Woodson has taken on a temp job reviewing correspondence for a fraud suit in order to pay her bills after falling down the corporate ladder. After finding emails sent between Forest Watts and his wife, Cassie becomes invested and soon finds herself obsessively reading over the email exchanges about their seemingly happy and frivolous life. As she slowly becomes more and more obsessed with the lives they hold, she starts to mimic them and finds that she wants their lifestyle more than anything. After staging a chance meeting between her and Forest, Cassie starts to devise a plan to become a part of their life and to take his wife’s place. 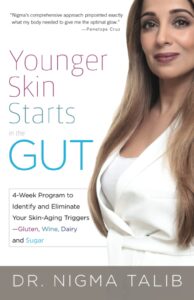 Younger Skin Starts in the Gut by Nigma Talib

Looking for a new skin routine that will help you get glowing and youthful skin? Take a look into Dr. Nigma Talib’s four week program that simultaneously helps prevent aging in your skin while maintaining a healthy diet and digestion! This book contains a healthy routine as well as new recipes that will help you eliminate skin-aging triggers and help you feel more healthy and beautiful this summer. 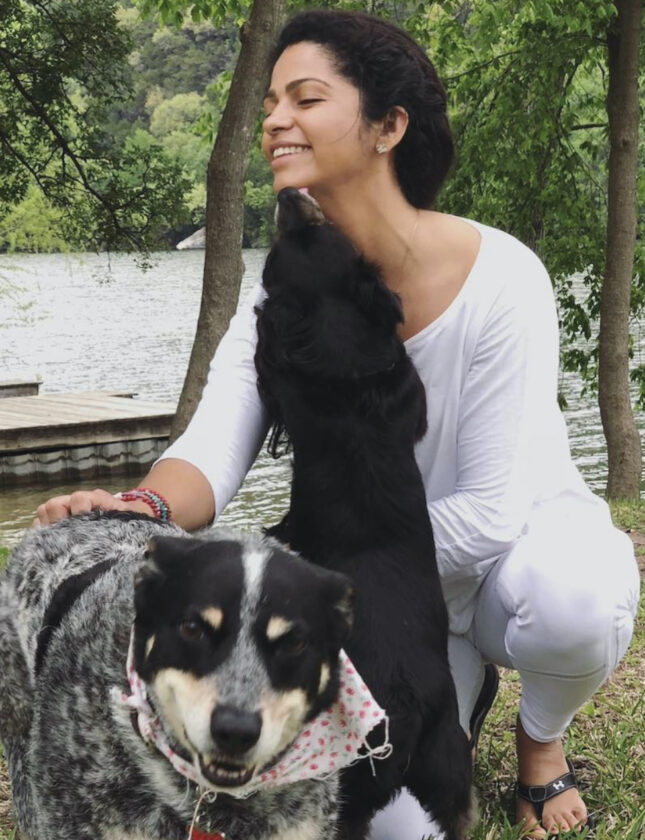 How To Help An Animal On National Dog Rescue Day 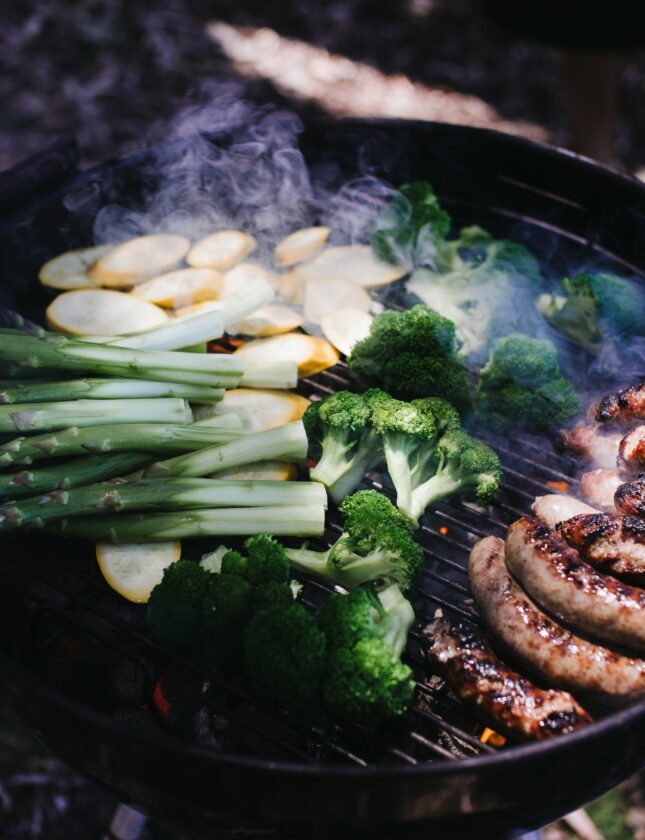